The Benefits of Cycling

Hypothetical: if someone asked if you’d like to save money, be friends with the planet and look after your health, what would your answer be?

Here’s how hopping on two wheels can give some serious benefits.

There’s the obvious health benefits from cycling in general, as shown below PLUS at Ladies Back On Your Bike, we exude an amazing :

And here are the health benefits:

You can do it on the go

If you live within 8km of your office, you can pedal to work twice a week (20 minutes each way) and burn up to 12,500kJ extra – close to 500g of fat – each month. Bonus: according to the Australian Bicycle Network, you’ll also save about $50 a week if you choose two wheels over four. That’s $2600 a year (think: a return flight to Europe).

It tones all over

Cyclists are notorious for having killer legs and perky bums. After all, their quads, glutes and calves are propelling the bike. But working the handlebar sculpts your upper body too, giving you nice tone, says Erik Moen, a physio who treats elite athletes.

Feeling blah? A study published in the journal Psychotherapy and Psychosomatics has found bike riding improves energy levels by 20 per cent and decreases fatigue by 65 per cent. Why? Cycling triggers your brain to release the neurotransmitter dopamine, which is linked to energy, says lead author Dr Patrick O’Connor. There’s no need to ride hard to harness the perk. People in the study who pedalled at a low to moderate pace three times a week, fought fatigue best. Have a nosey at our favourite cruiser bikes on the next page.

It saves your joints

“Riding a bike puts a lot less stress on the knees, ankles and spine than walking or running,” Moen says. Get the perfect fit: your knee should bend just slightly (about 25 degrees) on the down-pedal stroke. If it’s too straight or too bent, bring your bike to a bike shop and have a professional fitter adjust your saddle. LBOYB strongly suggests you have your bike fitted professionally by reputable bike fitters. Contact us for recommendations. 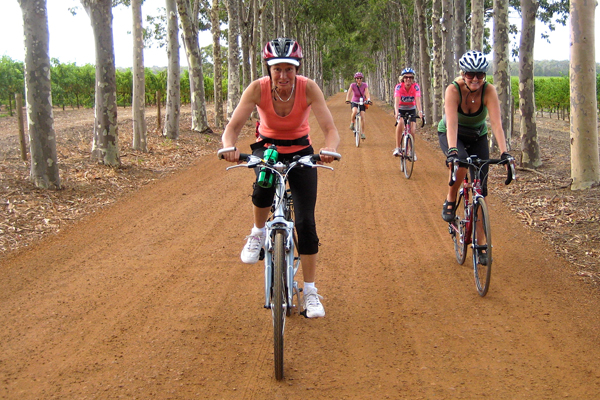 Every muscle feels it

Find a hill that takes 3-10 minutes to climb, suggests Rebecca Rusch, a world-champion mountain bike racer. Ride up two or three times, spending roughly half the time pedalling out of the saddle. Pedalling while standing engages your core and triceps as you stabilise your body over the bike. Your aching muscles will remind you of this for days.

It protects your ticker

Heart disease is the number-one killer of women in Australia, and two top risk factors are high blood pressure and high LDL cholesterol, according to the Heart Foundation. In one study, researchers had 32 women ride at a moderate to high intensity three times a week for at least half an hour. After a year, they’d lowered their blood pressure and LDL, as well as significantly increased their aerobic fitness.

“Look for a road or path where you can ride for at least 30 minutes without stopping so you can keep a consistently high pace,” Rusch says. Ride on, lady.